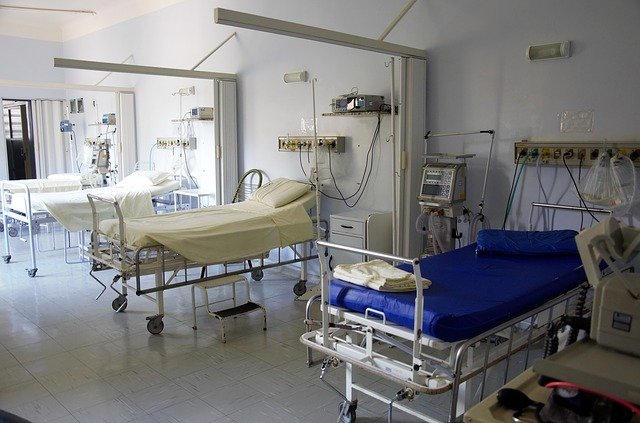 When medical malpractice causes the injury or death of a patient, victims and their families may be left facing physical, psychological, and financial devastation. To add insult to injury, life insurance carriers typically reject claims made for death benefits if the decedent’s loss of life was due to malpractice, leaving the grieving family members with mounting medical bills and possibly no way to pay them.

Medical malpractice cases are inherently complex to prove, and without the assistance of a seasoned lawyer, financial recovery could be extremely difficult. If you or someone you love has been affected by medical malpractice, you should consult with a personal injury attorney with experience handling these types of cases to determine if you may have a right to compensation.

When Does a Medical Error Constitute Malpractice?

In 2016, John Hopkins University released a study reporting that medical mistakes are responsible for over 250,000 fatalities in the United States every year. This makes medical blunders the third most common cause of death in the nation. Despite these astonishing figures, medical malpractice lawsuits make up a very small percentage of the personal injury claims filed across the country each year, and an even smaller number of malpractice cases actually result in a successful settlement or jury award.

The reality is medical errors are sometimes caused by unavoidable complications, such as when a specific treatment fails or the patient experiences an adverse response to a certain type of prescription. While all medical errors are unfortunate, not every error is malpractice.

Medical malpractice lawsuits are usually based on the legal theory of negligence. Under this theory, four separate elements must be proven for the medical provider’s action to constitute malpractice:

1) The physician and the patient already had a professional relationship prior to the alleged malpractice. This means that the physician owed the patient a legal duty to apply the acceptable standard of care expected of those who work in the medical field.

2) The physician failed to discharge their duty to the patient, thereby breaching the accepted standard of care.

3) Because of the physician’s breach of the standard of care, the patient was injured.

To sum it all up, if the physician deviated from the care standard that a reasonably skilled medical professional would have provided given the same patient scenario or similar, they may have committed malpractice. It is important to note, that while the term “physician” is used here when referring to malpractice, other hospital employees, as well as the actual medical facilities themselves, may be held liable in the event of a lawsuit.

Who Can File a Malpractice Claim?

If a patient’s particular case meets the elements of negligence mentioned previously, they may have a basis on which to file a medical malpractice lawsuit. While injured patients can technically file their own malpractice claim without the aid of an attorney, it is not advisable to do so, as navigating the applicable laws and launching a compelling defense can be next to impossible without qualified legal representation.

What happens if the patient dies as a result of a physician’s negligence?

What Is the Deadline to File a Medical Malpractice Lawsuit?

The deadline to file a medical malpractice lawsuit varies by each state, but typically ranges from as few as two years from the date of the provider’s error, all the way up to six years. It is vital for an injured patient who is considering filing a malpractice lawsuit to understand the deadline in their particular state, as failure to file a suit by that time could eliminate their chance of getting compensation.

What Does the Medical Malpractice Lawsuit Process Involve?

Once the injured patient has retained an attorney to handle their case, their lawyer will file a complaint with the appropriate court of jurisdiction along with a summons to start the lawsuit. A summons is a document that notifies at-fault parties they are being sued. Some states also require a certificate of merit completed by a licensed doctor be filed at the same time as the complaint and summons. This confirms that the doctor has reviewed the patient’s case and believes there is sufficient evidence to proceed with the suit.

After the initial documents required to start a lawsuit are filed, the case will proceed to the discovery phase. The discovery phase provides the attorneys for both the plaintiff (the party who is suing) and the defendant (the party being sued) the opportunity to obtain pertinent documents and evidence to support their case.

Both sides will also take depositions from the other, which are sworn statements recorded under penalty of perjury. They will also interview expert witnesses. Depending on the particular state involved, the expert may be a general practitioner, or the law may require that a doctor practicing in the same field as the defendant be called upon as an expert witness.

Upon the completion of the discovery period, both parties may attempt to facilitate an out-of-court settlement. Settlements are often preferable to avoid the expense and extended duration of an actual trial. A number of states further require that medical malpractice lawsuits be presented to a screening committee before they ever proceed to the courtroom.

However, if it is not possible to reach a settlement out of court, and the case has a strong likelihood of succeeding before a judge or jury, the plaintiff’s attorney may decide to go to trial.

How Long Does a Malpractice Case Usually Take to Settle?

Every case is different. Cases may take mere months or upwards of a year or longer to settle without a trial. On the other hand, court dockets are notorious for being extremely backlogged. In some cases, it could be a few years after a case is filed before the plaintiff’s claim is heard at trial.

Getting Full and Fair Compensation

In their 2019 Medical Malpractice Payout Report, digital lender LeverageRX revealed that $4,031,987,700 was paid out in patient settlements and judgments in 2018 alone. That represents billions of dollars of patient damages sustained by alleged medical provider negligence.

Bear in mind, every medical malpractice case is unique, and the nature of the compensation the plaintiff may receive in the event of a successful case depends on the extent of injuries and financial losses they have sustained.

Settlements or jury awards may include compensation for patients’ medical bills, lost income, and other expenses associated with their healthcare. The plaintiff may also be compensated for their non-quantifiable financial losses, such as pain and suffering. In rare cases, punitive damages could also be awarded if the medical provider’s actions were particularly appalling or grossly negligent.

If an award of compensation is made, the plaintiff may receive the settlement in either a lump sum or structured payouts.

Rachel L. Warren is a writer and research specialist for EffortlessInsurance.com where she keeps readers informed on a variety of legal and insurance topics. She has worked in the legal field for nearly a decade as an administrator, paralegal, and marketing copywriter.